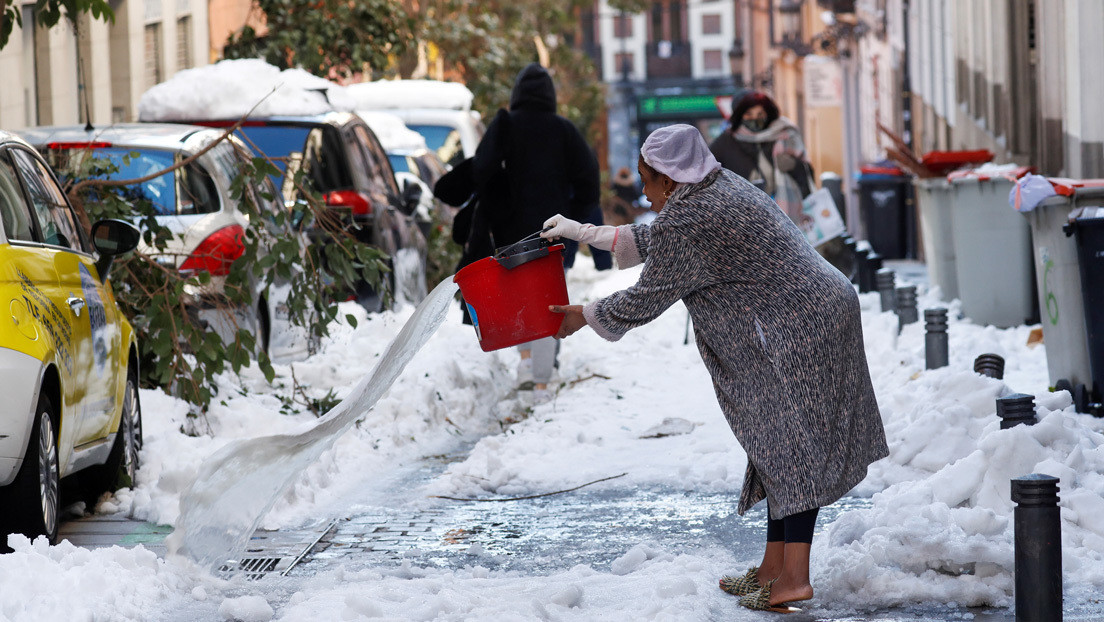 In Spain, this start of 2021 has been accompanied by an increase in the price of electricity of almost 27%, just when the country has faced the effects of Filomena, the storm that has left the worst cold and snow storm in the last 50 years and when many families have financial problems to use electric heating.

According to the consumer association FACUA, the average user’s electricity bill would amount to 86,52 euros if the prices of the first 12 days of the month were maintained throughout January: 26.7% more than just a year ago.

The price per kilowatt hour (kWh) has reached 18.39 cents (including indirect taxes), which represents a 37% YoY increase, from the 13.42 cents it cost on the same dates of the previous January.

This is the market and the Government can do little. It is the message of the Ministers of Finance, Economy and Ecological Transition before the wild rise of the light. It is false, they do not want to act. Enough playing the oligopoly game. pic.twitter.com/gu5iNGjwjY

Spain is the fifth country with the most expensive electricity of the European Union, only surpassed by Germany, Denmark, Belgium and Ireland, all of them countries with a higher purchasing power of their population. The increase that has occurred at the beginning of this year has taken place in all European countries, although to a lesser extent than that experienced by Spain, affected by supply problems in Algeria and by oligopoly in its energy market.

The figures reached in recent days have only been exceeded twice since there is evidence, so that the first month of this 2021 will be the third most expensive in the history of the country.

This climb will affect 11 million of the 29 million electricity consumers in Spain, that is, those who are part of the regulated market and that they are covered by the Voluntary Price for Small Consumer (PVPC) rate.

Last Saturday, the fourth vice president of the Government and minister for the Ecological Transition and the Demographic Challenge, Teresa Ribera, pointed out that the “perfect storm” had occurred these days, when the cold wave and the Increased demand, with the pressure on the natural gas market, the increase in CO2 prices and the absence of renewable energy production, such as wind and photovoltaic. In addition, the minister argued that this price increase was a “conjunctural” episode with “limited” impact on the electricity bill, according to declared a Europa Press.

Hello @jessicaalbiach. The bill, fortunately, is not through the roof. Thanks to energy transition policies, the cost of energy in the wholesale market has dropped by 40% in just over 2 years. Our goal is to continue working in this direction and … (1/2) https://t.co/ZoefFpMs5i

“The minister’s words denote little sensitivity with families who do not make ends meet and that in the heat of the cold wave they are dispensing with the use of electric heating since they do not know how many euros the receipt for January is going to increase “, has valued the Secretary General of FACUA, Rubén Sánchez, at the same time criticized the inactivity of the government to implement measures such as the setting of maximum prices in the market that would have slowed the increase experienced in the last two weeks.

In addition, Teresa Ribera has also taken out chest that for a little more than two years, when the Socialist Party came to the Government, “the cost of wholesale energy has fallen by 40%”. For its part, the latest report from the National Markets and Competition Commission (CNMC) pointed out that “the price for a consumer covered by the PVPC has been reduced by 7% during 2019 with respect to the previous year “and adds that it has turned out to be 17% lower than the average price billed by all the marketers to domestic consumers under the free market.

The price of gas has skyrocketed in recent weeks. The reasons are mainly two. In the first place, a good part of international production is being diverting to Asia, due to the high demand that this region is experiencing, to which is added the Algerian difficulties, the main gas exporter to Spain, to transport gas through the gas pipeline to the Iberian Peninsula, which has also reduced the flow.

Second, the price of CO2 markets, the penalty for technologies that emit more CO2 is increasing, which directly affects gas, which, precisely on January 8, reached its historical record, with 54.15 euros per megawatt-hour. And it is the price of gas that makes the price of other energy more expensive due to the curious way in which the price of energy is set in Spain.

How is the price of electricity set in Spain?

The wholesale price of electricity has a weight close to 35% of the final receipt, while around 40% corresponds to tolls (fixed costs) and the remaining 25% refers to taxes (VAT and Tax on Electricity). Although the Government has frozen in 2021 tolls and electricity charges, the rise in price directly affects the part of consumption and indirectly to taxes.

That wholesale price is fixed daily since 2013, when the quarterly auctions were finished. Now electricity generating companies and trading companies match prices for each hour of the next day. The entry of the cheapest energies is prioritized, such as renewables and nuclear, to meet demand, although the price is set by the last energy to enter. In other words, when demand increases (as during the cold and snowy storm brought by Filomena) it is necessary to use gas to cover demand, and it is the price of gas that the rest of the products also receive, despite the fact that gas is the most expensive technology currently used.

‘Out of the blue profits’ as part of the problem

Precisely many experts point to the so-called ‘benefits fallen from the sky’ (or windfall profits) that hydroelectric and nuclear power companies receive as a fundamental part of the problem, criticizing that these energies are overpaid having a much cheaper production cost, but charging the same price as more expensive technologies, such as gas.

For this reason, the initial agreement reached between the Socalist Party and United We Can (UP) contemplated limiting this type of income by overpayment. At the time, the announcement caused the shares of the country’s large energy companies to fall between 6 and 9%.

Although the clamor is unanimous about the need to make changes in the current electricity market in Spain, it is a complex problem that the Government of Spain has not yet addressed. At the moment, it has ruled out nationalizing a power company and lowering taxes so that the price of electricity is reduced

“The worst thing is that the government is not acting“, harshly criticizes Rubén Sánchez, who directs his censures to specific political leaders:” On the other hand, the ministers of Economy, Finance and Energy, say that, well, that the market works like this, that measures will be taken, that this is little thing”.

For the organization led by Rubén Sánchez, the coalition government of the Socialist Party and United We Can (UP) must fulfill their commitment that they would proceed to “modify the electricity bill” with the objectives of “reducing the percentage represented by the power term” and “that the variable term of the regulated component is incremental based on the energy consumed, so that the cost to be paid by consumers for the first kWh is lower than the following, encouraging energy efficiency “.

The rise in prices at a time as delicate as this has given rise to a political war that had already been unleashed previously, for example in 2013 or 2017. Then the actors had changed roles, the Popular Party ruled, headed at that time by Mariano Rajoy, and both socialists and UP were very critical of the increase in energy prices.

“Shooting the electricity bill on a day like today only shows the greed of electricity. If the Government consents, it will be an accomplice“, who is now second vice president of the Government, Pablo Iglesias, tweeted in 2017. A few years earlier, in 2014, it was the current president Pedro Sánchez, who through the social network launched:” The rise in light of 8% proves the failure of the electricity reform in Rajoy, and warning of risk of more people suffering from energy poverty“.