Digital advertising never ceases to surprise us with new formats and possibilities. The new options combine different channels to offer flexible user experiences and break down barriers to conversion.

In recent years, we have seen the purchase process become increasingly integrated into the advertising experience through shoppable posts on social media. And now, the world of one-click products is expanding thanks to the shoppable TV.

The traditional model of television advertising, with ad units lasting several minutes, is now a thing of the past. Television consumption habits have radically changed thanks to streaming: users consume content on demand and, in most cases, they have their mobile phone or tablet next to them while they watch TV on the big screen.

The problem for advertisers is that the paid subscription model has replaced advertising financing. When a user is paying a monthly fee to consume content, they expect to have an ad-free experience in return. This drastically limits the possibilities to contact you through advertising.

In part, this situation has been resolved thanks to product placement. With this model, the product becomes one more element of the plot, and the viewer responds in an indifferent or even positive way, since it does not interrupt their experience and does not relate it to the classic television commercials.

According to a recent analysis, within the framework of the end-of-degree project The Phenomenon of Product Placement in Netflix series (carried out by Celia Díaz Muñoz for the Faculty of Communication at the University of Seville), all the Netflix series studied presented product locations to a greater or lesser extent, from 12 appearances in 6 episodes of Sex Education to 82 in the same number of episodes of Paquita Salas.

The next logical step in TV advertising, therefore, is to make the products that appear in a specific scene purchased in just a few clicks by the user. If we take into account that we already have a streaming platform that belongs to an ecommerce giant (Amazon Prime Video), we see that this possibility is totally within our reach and in fact, in many cases it is already a reality. We are going to see some of the first examples of shoppable TV that are already underway.

Shoppable TV examples: how to shop on TV

Making the Cut is a fashion show hosted by Heidi Klum and Tim Gunn in which a series of designers compete to create the best pieces of clothing. Winning designs are available for sale on Amazon at the end of the show and actually sell out quickly. Additionally, the prize for the winner includes an exclusive Amazon fashion collection.

With Making The Cut, Amazon manages to create a narrative that involves viewers in the lives of the contestants and generates emotions around their story. The clothes have much more meaning to them than if they had just bought them in a mall. The storytelling and shoppable TV go hand in hand to create an unforgettable user experience.

Shoppable advertising platform The Take has announced a collaboration with LG Electronics to integrate your software directly into LG smart TVs.

The Take and LG’s new shoppable ad platform does not distinguish between channels. In fact, the channel’s role is limited to selling The Take the rights to correlate the products shown in its programs with merchants that are willing to sell online.

According to the CEO of The Take, its retailer database contains more than 200 million products from thousands of manufacturers. The platform tags products as they appear on television shows and displays “shopping windows” to users. The consumer simply clicks on the option to buy with their LG remote control and the order is automatically sent to the merchant’s website. In turn, The Take charges the seller for each click generated or through a commission per sale.

NBC Universal has designed a shoppable TV system in which, unlike The Take’s platform, the television network plays an important role.

During the airing of an NBC program, users are alerted that an “affordable time” is approaching. Then a code appears in the lower third of the screen, and viewers just have to point their smartphone at the television and scan the code. Next, the brand’s website opens to complete the purchase.

NBC Universal takes a percentage of sales, the exact amount of which depends on the agreement it has reached with each customer.

This system began to be tested in May 2019 and was extended to its entire catalog in October 2019, when it included lifestyle brands for the first time. The experiments include announcements from Lacoste during the French Open and a collaboration between Walmart and The Today Show, among others.

In the coming months and years, we hope to see more and more video and television platforms and more brands dare to try this format to multiply their conversions. 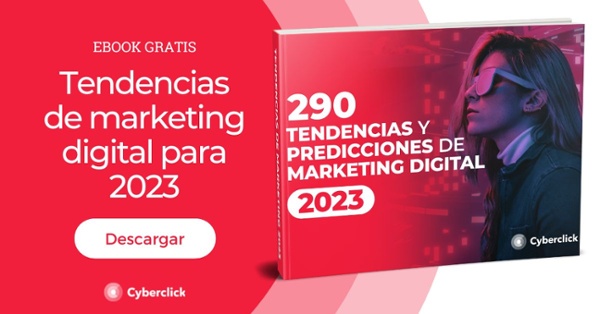