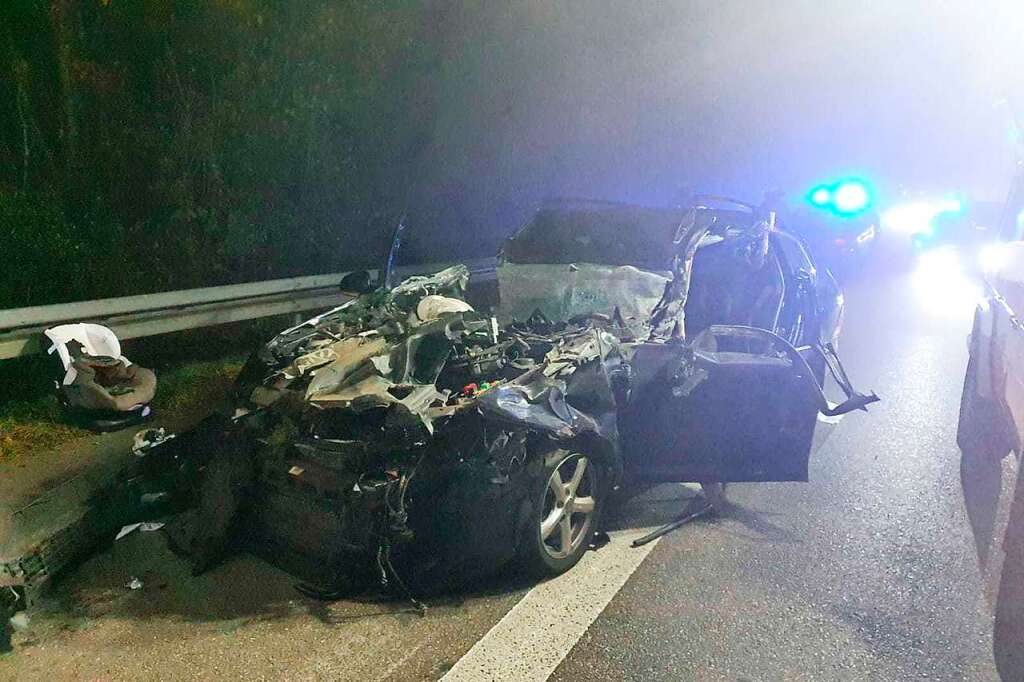 It sounds like “Alarm for Cobra 11”: A 48-year-old has left a trail of devastation from Karlsruhe towards the south. In the end, he pulled a jammed car behind him with a stolen truck.

Shortly after the Herbolzheim exit on the A5 in the direction of the south, on Tuesday evening around 8.15 p.m., car wreckage was lying on the road in the thick fog. Two cars are on the hard shoulder, reports an eyewitness from northern Breisgau, who was also on the motorway at the time.

A little later he discovers the car involved in the accident – and the scenes are dramatic: apparently the black car has hit a tractor-trailer in the fog. The badly damaged vehicle had pushed itself under the rear of the truck – and it just continued on its way without stopping. “The car only drove on the rims, that sparked incredible sparks and smoked heavily,” said the eyewitness to the BZ. “It was clear that there had to be someone else in the car,” he added.

The driver of the truck did not react to other road users flashing the lights. According to the witness, another truck tried in a daring action to brake the semi-trailer with the accident car, but the driver was able to evade. With the presence of mind, several motorists would have secured the accident truck with the hazard warning lights switched on to the rear of the traffic behind.

There were two occupants in the jammed car

At the time, several drivers had already dialed the emergency number and alerted the police. The truck finally came to a halt a good six kilometers south after another accident in the area of ​​the Riegel motorway junction. The exact circumstances are still unclear.

Police and rescue workers took care of the two occupants of the jammed car with Swiss registration. They were injured, but the nature and severity of the injuries was not known on Tuesday evening.

The driver was arrested around 8:50 p.m., the public prosecutor and police headquarters in Karlsruhe announced late in the evening. Because the 48-year-old suspect, who is said to be an Algerian, apparently committed a whole series of crimes and caused accidents on Tuesday evening between Karlsruhe and Riegel.

SUV overturned on the run and caught fire

According to the current findings of the police, there was a rear-end collision in Rheinstetten-Moersch around 6:40 p.m., in which the 48-year-old is said to be involved. A person was easily injured. The suspect is said to have fled from the accident site in the direction of Karlsruhe. In the area of ​​Weststadt, the police had been reported to other accidents and traffic hazards, which they currently assign to the 48-year-old. Finally, the SUV he was sitting in rolled over and caught fire. According to the police, the suspect then threatened a driver with a knife and stole her car.

With this he caused another accident and drove further south. On the A5, he caused further accidents and endangered motorists. It is possible that the 48-year-old tried again to hijack vehicles in parking lots along the motorway.

At Herbolzheim he is said to have taken control of the truck. Where and how exactly is still unclear. When driving onto the autobahn, the police said there was an accident with the Swiss car, which was trapped under the truck and dragged along for kilometers.

The Karlsruhe criminal police took over the investigation. Victims and witnesses are asked to contact 0721/666-5555 Report to.