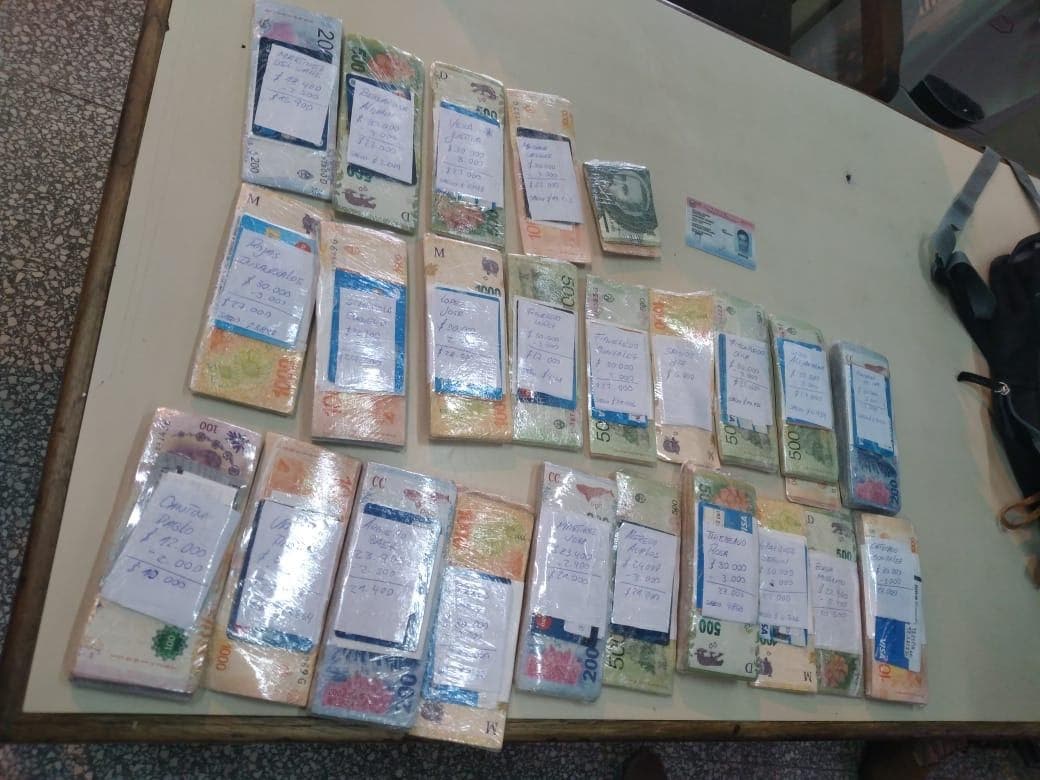 A customs officer and a customs broker were detained

yesterday at the head of the Paraguayan side of the

San Roque González de Santa Cruz bridge, which connects Posadas with Encarnación and has been closed to neighborhood traffic for almost 60 days.

This Customs official and the dispatcher (customs transit agent), apparently, were “delivering” money from Anses assignments collected with debit cards in the name of Argentines or Paraguayans with dual nationality who are living in Encarnacion.

Paraguayan police found approximately 500,000 pesos in bundles with small amounts ranging from less than 10,000 to 30,000 pesos. Each one was separated with a piece of paper detailing the amount extracted, deducting an amount that was around 10% or 15% (it is presumed to be the commission) and the debit card in question, with the name of the interested party.

“How did the silver get here? We don’t know. There are people who come here every day who work in Migrations or Customs in Argentina. We cannot be sure, it could be from Paraguayans who collect in Argentina,” explained an agent of the Paraguayan Police to the Más Encarnación channel.

Customs informed LA NACION that it has already separated the official from his post at the Argentine head of the Roque González bridge in Santa Cruz and initiated an internal investigation. In addition, tomorrow he will file a complaint with the Posadas prosecutor “first thing”.

The Regional Director of Customs, in addition, canceled his certificate of movement, which allowed him to come and go on the bridge in times when almost no one crosses there.

The Roque González de Santa Cruz bridge has been closed since the last week of March and no one can cross it, except those who transport goods. By traffic flow it is the third entry or exit from Argentina, behind the Ezeiza international airport and the Tancredo Neves bridge in Puerto Iguazú.

There are many Argentine citizens who live on the Paraguayan side and collect assignments or retirement from the Anses in the Argentine banks, but in the last two months they have not been able to cross to carry out this procedure.

By order of the Paraguayan prosecutor Angelina Arriola, the two detainees were released and the sealed money sent to the Prosecutor’s deposit as evidence.

For the head of the economic crimes division of the Paraguayan Federal Police, the transport of this money does not represent any crime, since it does not even reach $ 5,000 and is within the amounts that anyone can freely transport without declaring, he reported the Itapúa Noticias portal.