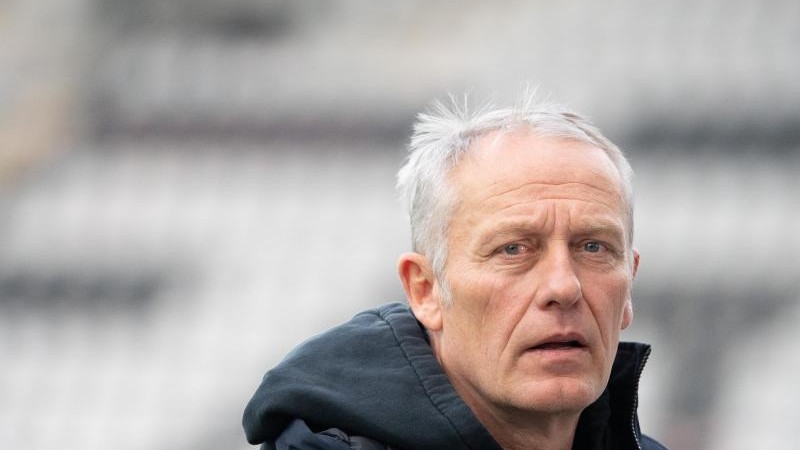 Freiburg (dpa / lsw) – The mood at SC Freiburg is becoming more uncomfortable. Before the away assignment at FC Augsburg on Saturday (3:30 p.m. / Sky), coach Christian Streich addressed “clear words” to his team, which had been without a win for seven games. And he was critical. Recently, “some players did not go into the duels with everything they had,” Streich complained on Thursday. “If we don’t counter it physically, we can’t hurt Augsburg or defeat them,” warned the 55-year-old. The sports club has slipped dangerously close to the relegation places of the Bundesliga. Initially, the SC coach criticized the lack of a goal hazard – but the vulnerable defense is currently the bigger problem.

Augsburg, for example, has only scored one more goal than the sports club, which only scored nine times. Above all, Augsburg conceded eight fewer goals (11) than Freiburg (19) and is therefore much more comfortable in the table. The Breisgauer conceded ten goals in the past three games alone. Streich has not yet found a solution for the defensive weakness.

Defender Dominique Heintz describes the problem as follows: “In the end we didn’t have the compactness that we are used to, we don’t do many small things as well as last season and lose too many important duels.” Often it was made too easy for the opponent, “at least half of the goals we conceded were our own fault, the opponents did not play us apart.” That is why it is important that each individual minimize their mistakes.

Streich’s move to put Nicolas Höfler, who was recently very error-prone, on the bench against Mainz and instead put Lino Tempelmann and Baptiste Santamaria together in defensive midfield, did not bring any improvement. The video session analyzing the defeat against Mainz was “not nice for all of us,” Streich reported.

His team was “extremely naive” when they conceded the first goal, he criticized and called for solidarity: “What happened in the first half against Mainz must not happen again. I told the team that”. The “clear words” should now be followed by deeds – and best of all a victory again. “I gain self-confidence by maintaining a duel and tactical discipline,” said the SC trainer. However, Freiburg has never won the robust Augsburg team.