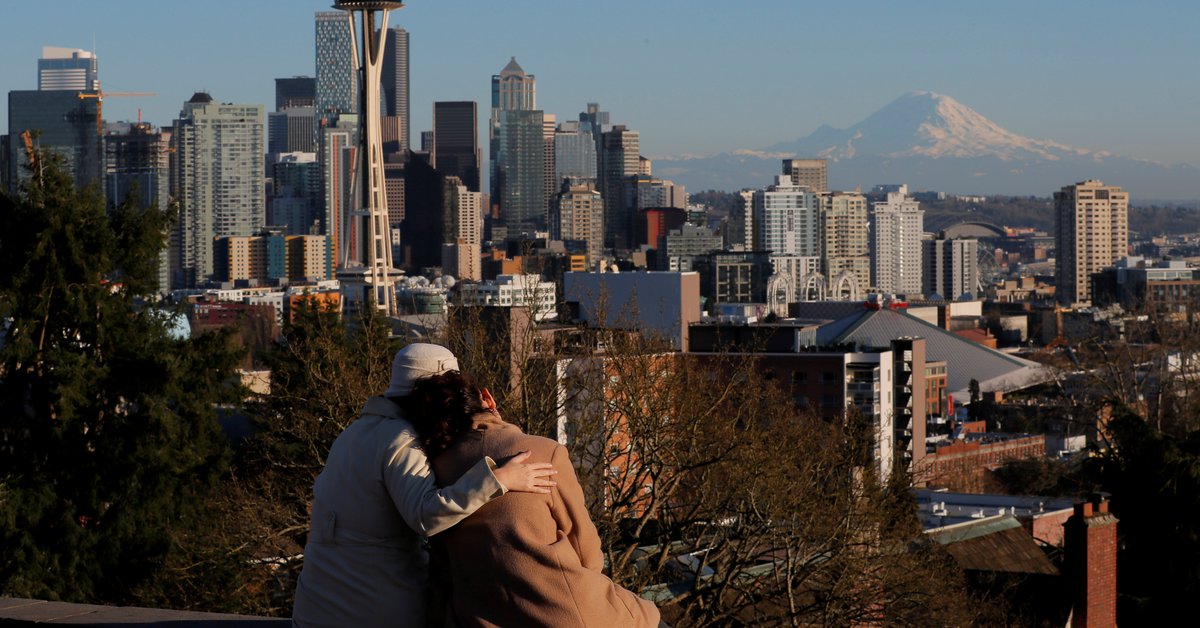 The dynamic and eclectic city of the Pacific Northwest presents us with a prosperous scene of restaurants and bars, different neighborhoods and a stunning coastal location. Seattle it is a dynamic urban enclave that is in Washington state. The city is surrounded by the lake that bears the same name of the state in the east and by the Puget Sound in the west, an ideal site for recreational water activities and boat tourism trips.

The view that can be obtained from the observation deck located on the world famous Space Needle, a tower 185.5 meters high legacy of the World’s Fair held in 1962, which became the symbol of the city. Locals and visitors alike flock to the Pike Place Market, on the coast, farmers market oldest continuously operating system in the United States.

It can stroll among the stalls, which offer artisan cheeses, freshly baked bread and the game of the day. Don’t miss a visit to the Chihuly Garden and Glass to see Dale Chihuly’s artistic prowess with glass in his studio. And of course do the Boeing Tour, a detailed visit of the jet production center.

Seattle isn’t just a city that specializes in craft beer or wine – it’s home to Starbucks. You can still visit the original facade next to the Pike Place Market. This city is powered by caffeine: there are 2.5 coffee shops for every 1000 citizens, making it the largest concentration of coffee shops in any city in the US.

Among them are the brands Seattle’s Best and Tully’s, Victrola Coffee, and Cloud City Coffee with your system $ 1 a cup. Starbucks Reserve Roastery and Tasting Room offers a tour to live (and try) a futuristic immersion experience of the famous coffee culture.

Rowing, sailing and fishing are some of the things that can be done in the best waters in the nation, or also take a whale watching tour along the Pacific coast. There’s also three national parks a few hours drive from Seattle: the North Cascades National Park with its 300 glaciers; the temperate forests of Olympic National Park; and the majesty of the Mount Rainier National Park.

You can hear local Seattleites say, “The mountain is out,” which means you can see the 4,392-meter, snow-covered Mount Rainier, 100 miles south. The Kerry Park, a green space of 1/2 hectare on the slope of Queen Anne Hill, offers panoramic views of the Seattle skyline, which are especially wonderful at night.

There are also other important attractions, such as Pike Place Market y el Seattle Art Museum in downtown Seattle. Artistic and unconventional Fremont features public murals and sculptures, art pruning in the shape of dinosaurs, and a troll under a bridge. Wooded and cozy Montlake mira al Lake Washington. Capitol Hill, just to the southwest, is a haven for entertainment and counterculture, and it’s just part of it. There are places to experience the long and celebrated musical history of Seattle at the Museum of Pop Culture, or the Experience Music Project, an interactive museum designed by Frank O. Gehry that has contemporary exhibits dedicated to the preservation of popular culture. And also, of course, there are dozens of places in the city to discover live music every night of the week.

A visit to Atlanta, the southern pearl full of attractions, art and entertainment

From Melbourne to Kangaroo Island: a fascinating expedition to South Australia

A tour of Houston, a cosmopolitan destination in the US full of contrasts