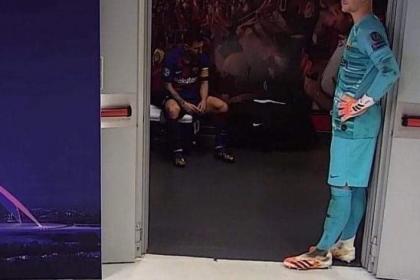 It is hard to believe: the covid-19 coronavirus pandemic has exposed the exaggerated expenses of FC Barcelona and would have the club, according to versions of the local press, on the verge of declaring bankruptcy.

The information comes from the RAC1 radio station and ensures that the losses total almost 100 million euros in the month of October, which is why it is essential that the stars cut their salaries drastically and that expenses are reduced to a minimum.

The source claims that debt levels reached 480 million euros and revenues fell by 160 million, leaving the club in a frank financial imbalance and far from the almost one billion euros in revenue it reported before the pandemic.

According to the Catalan station, FC Barcelona has until this Thursday to reach an agreement to reduce wages, unless it finds another way to report a saving of at least 200 million euros.

The information suggests that the stars have already reduced their earnings by almost 70 percent and that, for example, the renewal of Gerard Piqué was with a 50 percent decrease, while Frenkie de Jong, Clement Lenglet and Marc-Andre ter Stegen agreed to cut their salaries by 30 percent. However, it would not be enough.

Why did they come to this crisis?

After the resignation of the club’s president, Josep Maria Bartomeu, the head of the new board of directors, Carles Tusquets, who is due to call elections next year, stated that the pandemic hit in a particular way a club that, like FC Barcelona, ​​has your income base in marketing.

“The club depends on tourism and now, all that income has been lost. The situation is not very comfortable, we have to take on the ideas of the previous board to find a way to address the problems we are facing,” explained Tusquets.

By assuming that “our main concern is the finances of the club, it is clear that Bartomeu’s rush to reduce the income of his main stars was not a whim and that, due to his own erratic decisions regarding transfers and millionaire contracts, the reduction of the expenses was pressing.

Did Messi know it when last June he sent the now famous burofax in which he resigned from the club? Did you sense an economic crisis that would be added to the sporting one and that’s why you looked for other airs? It will always be part of the speculation. The concrete thing is that in a year, when his contract ends, apparently the club would have to pay him a millionaire bonus.

What is certain is that the much discussed Bartomeu did know it and, with a motion of censure in tow, preferred to step aside before witnessing a new scandal in his administration.