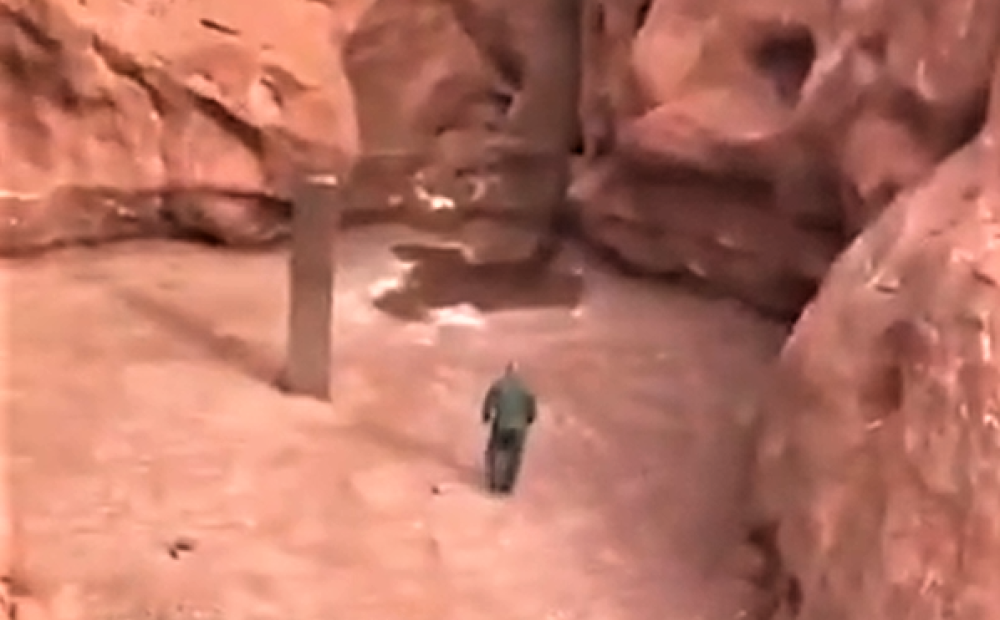 Helicopter pilot Brett Hatching remembers the moment when one of the passengers noticed a shiny metal monolith in the desert. “He said – wow, wow, turn around, turn back, there’s that thing, that thing, we have to go back and look at it!” tells the pilot.

Hatching landed the helicopter in a remote place and went to see the find, but could not find any “obvious indications” of how the object, about 3.5 meters high, got there. In order to protect the place from a sudden influx of tourists, its exact location is not revealed.

A mysterious object resembling the plank sculptures of the late artist John McCracken has been discovered in a remote area of the Utah desert https://t.co/E1ephci4G8

The monolith is a seemingly accurate representation of an object played out in the 1968 science fiction film “2001: A Space Odyssey.” In the film, the monolith created by aliens plays a key role in the process of human evolution or development from apes. Arriving at the monolith, the monkeys suddenly realize that the bones can be used as tools. Later in the film, the monolith revealed by humanity leads to the achievements of artificial intelligence.

The pilot admits that this object was installed in the desert by a big fan of the film. The man also thought that it might be a NASA-based device.

The Department of the Utah Public Safety Aviation Bureau announced last week that an additional investigation has been launched into the object. “It is illegal to install installations or art objects in federally administered territories without permission, regardless of the planet you come from,” the department said in a statement.

Others are currently reading

An ordinary week in Russia or – it is possible only in our neighboring country. CRAZY VIDEO TOP5

Due to 180 euros, the man was forced to be nervous for several weeks

VIDEO: British police detain one of the country’s most dangerous pedophiles. It takes half an hour to read the charges