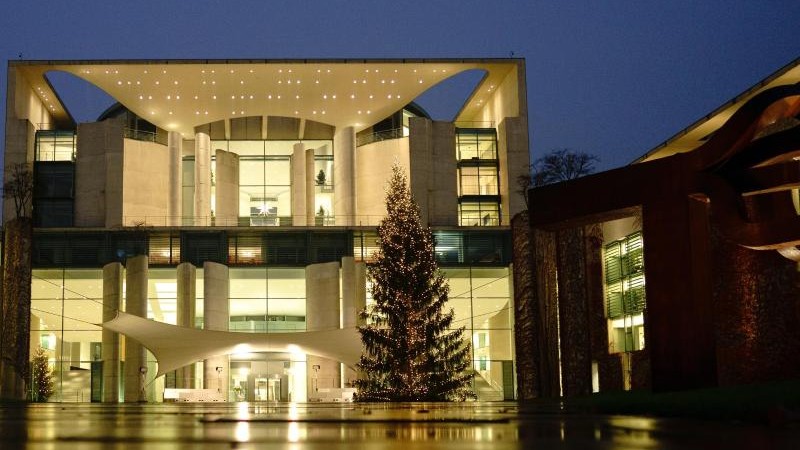 Berlin (dpa) – The traditional Christmas tree is in front of the Federal Chancellery again this year. Due to the corona pandemic, this time the handover took place over the Internet: Chancellor Angela Merkel (CDU) thanked the helpers and the forest owner by video on Thursday. She emphasized that, especially in the current situation, a tradition is something that offers stability and support. According to Merkel, the fact that the tree comes from the Hessian-Thuringian border region is a “growing symbol” in the anniversary year of 30 years of German unity.

The red spruce comes from the Hessian Gut Marienhof and was loaded on Friday in Schlierbachtal. According to the Hessian Forest Owners Association, it was 70 years old and 25 meters high. The upper 16 meters of the conifer were intended for the Chancellery during the Christmas season. According to the forest owners association, the origin of the tree changes every year according to a calendar agreed between the countries.

The video link also dealt with climate change, the needs of nature and forest owners. Drought and pest infestation have led to considerable calamities in recent years, said the Chancellor. Repairing the damage and reforestation are existential challenges for many forest owners affected, said Merkel. She referred to the aid provided by a corresponding stimulus package from the federal government.