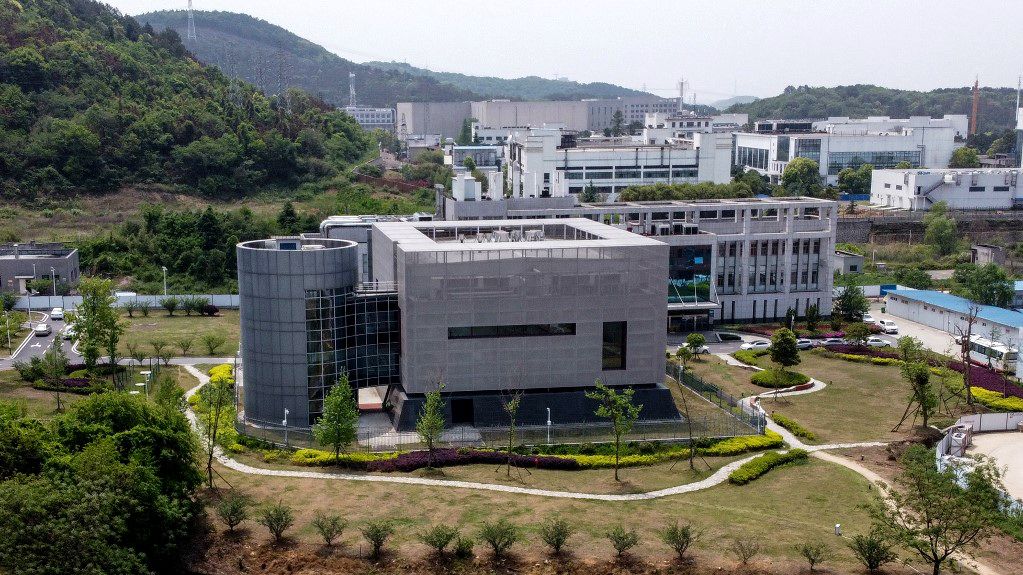 Located among the hills surrounding the Chinese city of Wuhan, where the new coronavirus emerged, a Chinese biotechnology laboratory became the center of a global controversy. According to Chinese scientists, the SARS-Cov2 coronavirus could have passed from the animal to the man in the market “Huanan“, which sold live animals in Wuhan. But the existence of this laboratory encourages speculation that the virus came out of there: what is it hiding?

The United States does not believe that the virus is linked to biological weapons research, or that it has been bioengineered. And the scientific community is also inclined towards a virus derived from animals and not from test tubes, as demonstrated by the structure of Covid-19. But the US government does not exclude that there was an “incident” that caused him to leave the laboratory, perhaps due to incorrect or inadequate handling of the materials that infected some employees.

United States Secretary of State Mike Pompeo said a “full investigation” is being carried out on how the virus “came out into the world.” “What we know is that this virus was born in Wuhan and that the Wuhan Virology Institute is only a few kilometers away from the open market,” added Pompeo, who recently accused the Chinese Communist Party of having hidden and manipulated a lot of data.

What is the Wuhan Institute of Virology?

The institute houses the Virus Culture Center, the largest virus bank in Asia where more than 1,500 varieties are preserved, according to its website. Within the complex is Asia’s first laboratory for high security capable of handling class 4 (P4) pathogens, that is, dangerous viruses that are transmitted from person to person, such as Ebola.

The laboratory cost 300 million yuan ($ 42 million) and was completed in 2015, although it was not opened until 2018. French Alain Merieux, founder of a bio-industrial company, advised on its construction. The 3,000 m2 P4 laboratory is located within a square building with a cylindrical annex, near a pond at the foot of a forested hill on the outskirts of Wuhan.

Wuhan’s laboratory rejects accusations: “It is impossible that the virus has come out of here” Is the laboratory the origin of the coronavirus?

The newspaper The Washington Post and the chain Fox News They cited anonymous sources claiming that the virus could have accidentally left the complex. According to diplomatic documents that the American newspaper was able to consult, the authorities were concerned about the inadequate security of the investigators when handling viruses similar to SARS.

The concern was such that the scientists who alerted their superiors, the newspaper wrote. The Washington Post, on the deficiencies in the management and security of the Chinese laboratory, and proposed offering more attention and help not only because of the importance of studies on bat coronaviruses, but also because of their danger.

In accordance with Fox NewsThe “patient zero” of the pandemic could have been infected by a variety of bat viruses that were being studied in the laboratory and then passed on to the Wuhan population. When asked about this hypothesis, the American President, Donald Trump said that “we are increasingly hearing this story” and that the United States was conducting an “in-depth investigation”.

The institute declined to comment on these theories on Friday, but in February released a statement about it, rejecting the rumors. His authorities explained having received the new coronavirus, then unknown, on December 30. Then, on January 2, he determined the sequence of the viral genome and submitted the information on the pathogen to the World Health Organization (WHO) on January 11.

For his part, Chinese Foreign Ministry spokesman Zhao Lijian on Friday rejected allegations that the laboratory was responsible: “A knowledgeable person will soon understand that the intention is to create confusion, divert public attention and shirk their responsibility “said Zhao, who in turn promoted rumors that the US military could have brought the virus to China.

“None of the investigators became infected,” said Yuan Zhiming., head of that center. “And the entire institute is conducting research in various areas related to the coronavirus,” he said. What do scientists know about the coronavirus?

Scientists believe the virus appeared in a bat and passed to man through an intermediate species, probably the pangolin, but a study by a group of Chinese scientists, published in the journal January. The Lancet, reveals that the first COVID-19 patient had no connection to the Wuhan animal market13 of the first 41 patients did not have it either.

Shi Zhengli, a leading Chinese expert on bat coronavirus and deputy director of the P4 laboratory, was part of the team that published the first study suggesting that SARS-CoV-2 (the official name of the virus) came from bats. In an interview with the magazine Scientific american, Shi said that the SARS-CoV-2 genome does not match any of the bat coronaviruses that his laboratory studied so far.

According Filippa Lentzos, a biosecurity researcher at King’s College LondonAlthough there is no evidence on the theory of the accident in the laboratory, there is also no “real evidence” that the virus came from the market. “For me, the origin of the pandemic is still an unanswered question,” he said.

The virus is believed originated from one of Wuhan’s many wildlife markets at the end of last year, but the peculiar thing is that the place did not sell bats, nor food based on them. The disease that it unleashes, called Covid-19 and that impacts mainly on the respiratory tract of humans, so far has caused more than 160 thousand deaths worldwide and more than two million 300 thousand infections.