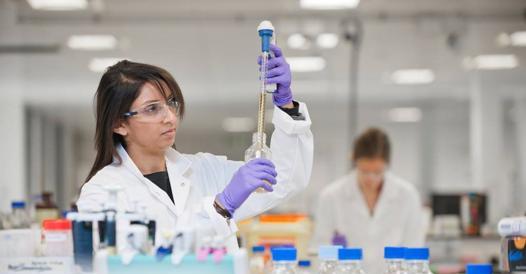 The Covid-19 vaccine developed by AstraZeneca and the University of Oxford sar subjected to a new experimentation. The preliminary data on phase III communicated with great clamor by the company have in fact raised perplexities in the international scientific community and the new experiment will help to clarify the effectiveness of the vaccine. Now that we have found what appears to be a better efficacy we need to validate it, so we have to do a further study said managing director Pascal Soriot in an interview with Bloomberg, the first since the data were released. Soriot added that another international study is likely to be done, but this could be faster because we know the efficacy is high, so we need fewer patients. The situation is complex and makes us understand how delicate the validation of vaccines is, with respect to which there is enormous expectation (and political and economic pressure).

AstraZeneca and University of Oxford was the third to be announced, after the discoveries of Pfizer and Moderna. And it immediately aroused a lot of interest because it costs much less than the others (less than 3 euros) and much easier to store, two crucial aspects for the management of the epidemic. But the company’s admission that a random mistake led to changes in the expected dosage raised the first doubts.

AstraZeneca / Oxford gets a bad mark for transparency and rigor when it comes to the vaccine trial results they reported. Not like with Pfizer or Moderna, for which we had protocols in advance and a pre-specified primary analysis was reported wrote Natalie E. Dean on Twitter, a professor of Biostatistics at the University of Florida who deals in particular with how vaccine validation studies are organized. Dean lamented the absence of a single protocol for vaccine testing in different areas of the world and the lack of information on how to monitor.

Scientists and industry experts said the error and a host of other irregularities and omissions in the way AstraZeneca initially disclosed the data eroded their confidence in the reliability of the results – explains the New York Times -. U.S. medical officials noted the results were unclear. It was the head of the federal vaccine initiative (not the company) who first revealed that the most promising results from the vaccine did not match older people’s data. The reference to Moncef Slaoui, chief scientific advisor to the US government’s Operation Warp Speed ​​program.

In fact, at first, Astrazeneca and the University of Oxford stated that a lower starting dose of the vaccine, followed by a full dose, produced a 90% efficacy rate in a smaller group of participants, compared to 62% for two doses. complete. A day after the data was presented, the head of the US vaccination program known as Operation Warp Speed ​​said that the regimen showing the highest level of efficacy been tested in a younger population Bloomberg explains. Moreover, AstraZeneca held confidential meetings in which it communicated more test data to financial analysts and experts and medical officials, but he never shared them publicly. All this, according to the Nyt, reduces the likelihood of an early authorization for the vaccine in the United States. Hence, probably, the choice of AstraZeneca, whose shares have started to lose on the stock exchange, to carry out a further targeted experimentation. The company’s chief executive only told Bloomberg not to expect the new trial to delay vaccine approval in the UK and the European Union but that authorization from the US Food and Drug Administration may take longer.

The decision to repeat the trial is good news. It means scrutiny by the global scientific community has worked: at the base is the sharing of knowledge, as the basis of the collective progress of humanity. It is essential not to be in a hurry and to authorize the use of vaccines only on the basis of correct and complete data. We cannot settle for anything less.