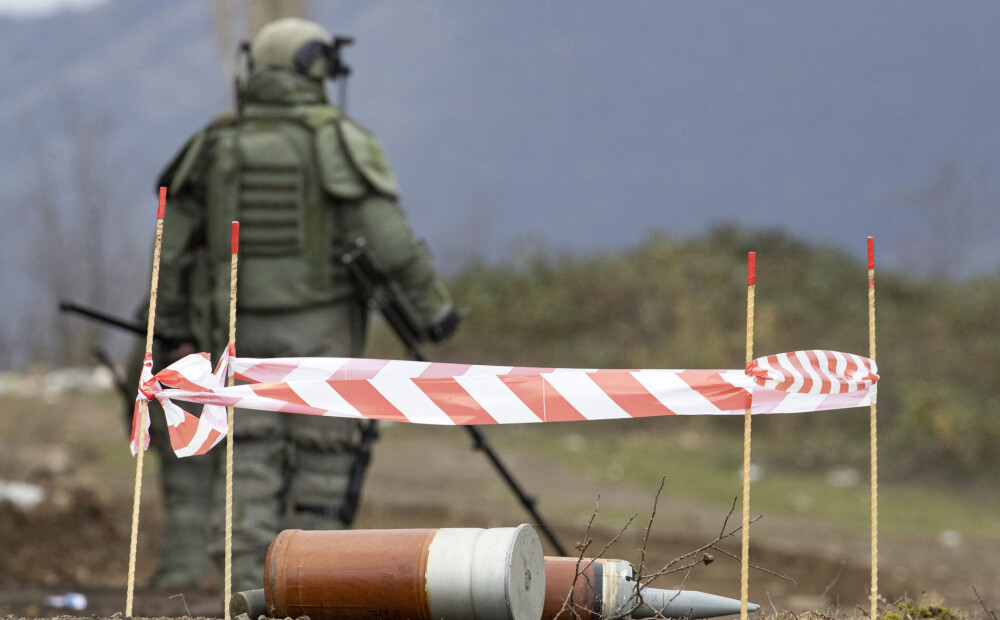 A Russian peacekeeper injured in a mine blast in Nagorno – Karabakh – Jauns.lv

In the Nagorno-Karabakh conflict, intense fighting between Azerbaijani and Armenian forces, with large casualties among the armed forces and civilians, resumed on 27 September. (Photo: Stanislav Krasilnikov / TASS / Scanpix)

A Russian peacekeeper was injured in a mine blast in Nagorno-Karabakh, the Russian Ministry of Defense said on Monday.

One Azerbaijani soldier has been killed and four employees of the Ministry of Emergency Situations in Nagorno-Karabakh have also been injured.

A Russian officer has been transported to the capital of Azerbaijan, Baku, and his life is not in danger, the ministry said.

In the Nagorno-Karabakh conflict, intense fighting between Azerbaijani and Armenian forces, with large casualties among the armed forces and civilians, resumed on 27 September.

Turkey provided support to the Azerbaijani side in the Karabakh conflict.

The war was ended by a ceasefire agreement reached on 9 November between Armenia and Azerbaijan with Russian support.

The agreement provides for the deployment of Russian peacekeepers in the disputed region.

Others are currently reading

Mom strangles her baby. Why?

VIDEO: refusing to use a face mask, a woman in Viesīte pours out dissatisfaction to salespeople

Thriller in Sochi supermarket: visitors rescue a girl who was grabbed by an escalator

We use cookies. Cookies store anonymous data about your visit to the website and help to create a more convenient user experience. Cookies may be available to trusted partners. By clicking “I agree”, you confirm that you understand and agree to the use of cookies on your device. You can revoke your consent at any time by deleting the cookies stored on your device.